Stacey Started It All 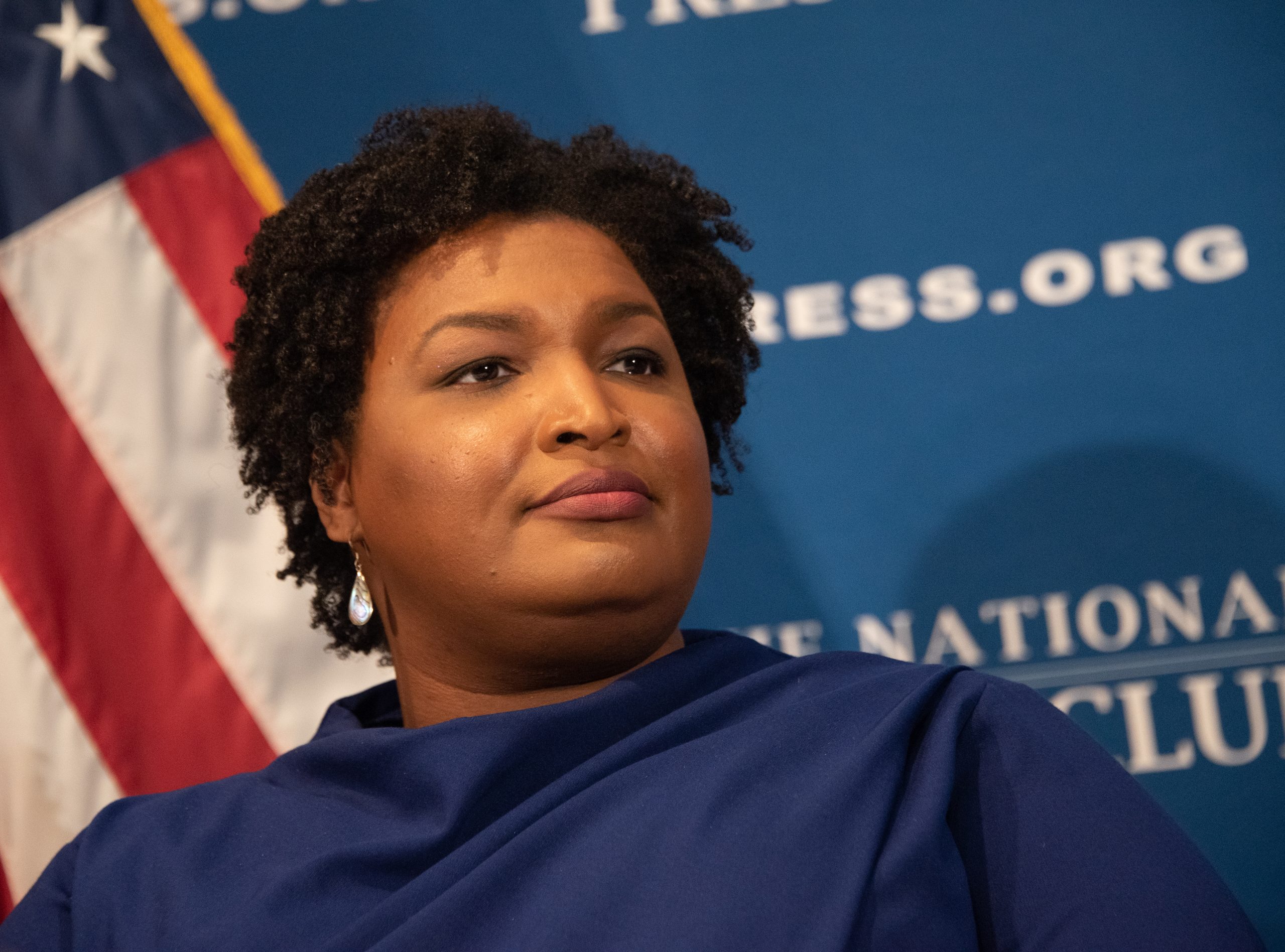 Stacey Abrams not only helped to flip her home state of Georgia to Democrats for the first time in a generation, she also redefined career success in politics.

It was such an unlikely place to go in search of voters. But there Stacey Abrams was, projected onto a video screen during a virtual hits battle between Atlanta rap artists Jeezy and Gucci Mane.

Abrams accessed that supersized Verzuz audience to drive home two reasons for Georgians to vote in the upcoming election that could ultimately determine the balance of power in the U.S. Senate: “To make sure we have COVID response, and we’ve got stimulus money coming back to Georgia,” she said.

This is the genius in Abrams’ political strategy — going to unconventional lengths to energize the electorate. She has perfected the art of voter turnout in an era that has seen political parties rely heavily on simply mobilizing their base to win. A skillful, forward-thinking operative, Abrams knows exactly where new or infrequent voters are and is willing to do what it takes to engage them, no small feat amid a crippling global pandemic and a political climate juiced with voter suppression.

As a result, Abrams has redefined what success looks like in electoral politics. Two years after narrowly losing her race for governor of Georgia amid allegations of voter suppression by her Republican opponent, Abrams is now being credited as a genius who can write her own ticket in American power circles, regardless of whether she wins another office.

What Abrams has pulled off is no small feat considering the obstacles faced by Black women who are hardly given credit for political success, despite many years of experience, creativity and proven results.

“Stacey was elected to the Georgia House of Representatives, then moved up the ranks to become Minority Leader, started an organization to register people to vote, managed to become the nominee after a brutal primary, then tried to break the mold by doing things differently. Yet, she was doubted on her tactics,” said political strategist Atima Omara, president and founder of Arlington, Va.-based Omara Strategy Group.

“People wondered why she would even bother investing in new and infrequent voters. After she lost, they just assumed the strategy didn’t work.”

Nse Ufot, executive director of the New Georgia Project, notes that Abrams’ vision for a blue Georgia was brilliant in its simplicity.

“Stacey knew that Georgia was a proper battleground state, long before pollsters identified it that way,” Ufot said. “And since winning in a battleground is about who shows up on Election Day, her vision was to super-serve the base (Black voters) while expanding the electorate to get consistent support. As a result, we have (a) new playbook, one that applies an organizing strategy to electoral politics.”

Abrams founded the New Georgia Project in 2014 to engage eligible voters of color statewide. Since then, New Georgia Project has registered more than 500,000 voters, the overwhelming majority of whom are likely to vote Democratic. It reaches voters through a combination of traditional outreach methods such as knocking on voters’ doors, going to churches and hosting events — particularly those that blend art and culture. The organization also provides election information via its own smart phone app.

After her 2018 gubernatorial loss, it was widely thought that Abrams would follow a traditional career path and run for the U.S. Senate. Instead, she founded voting rights organization Fair Fight and deepened her efforts to combat voter suppression nationwide, with a particular focus on battleground states.

In the Fall 2020 issue of Bust Magazine, which declared, “Stacey Abrams wants you to vote” on its cover, Abramsdescribed her goals for Fair Fight this way: “When I faced the issue of voter suppression, it wasn’t enough to simply address voter engagement. It was: How do you create a national superstructure that can expand access to the franchise?”

Fair Fight, along with partner organizations on the ground, helped register more 800,000 voters across Georgia in two years. At the time, expanding the electorate wasn’t considered a major part of the Democratic strategy to beat incumbent Republican President Donald Trump, and Abrams was often written off when she talked about Georgia as an opportunity for the Democratic Party. The last Democratic presidential candidate to win the state was Bill Clinton, who earned 43.47 percent of the vote in 1992.

Abrams, however, had done enough research to see Georgia’s potential. Her 2018 campaign heavily relied on a growing, diverse population to make her a competitive candidate. According to The Atlanta Journal-Constitution, Georgia was increasingly becoming competitive due to a record 7.6 million registered voters in the state — including 1 million since 2016, nearly two-third of whom were voters of color.

In previous elections, Democrats had attempted to win over the non-college educated white voters who were unlikely to abandon the Republican Party. Instead, Abrams’ team chose to capitalize on the opportunity to expand the electorate and mobilize a diverse set of voters.

Abrams won the primary, becoming the first Black woman gubernatorial nominee from a major party. In the general election, she got 1,923,685 votes, more than any Democratic candidate for office in Georgia’s history and more than Hillary Clinton received in 2016. Still, Abrams lost the race to Republican Brian Kemp by 55,000 votes.

In a show of pure determination, Abrams refused to concede to Kemp, who oversaw the purge of about 53,000 voters from the rolls in the month before the election, and more than 670,000, many of them Black voters, during his tenure as Secretary of State. Abrams still has yet to concede, citing Kemp’s blatant suppression tactics. In a New York Times Magazine article in April 2019, she proclaimed that she won the election, “but didn’t get to have the job.”

Kemp, who has served as governor since 2019, has denied engaging in voter suppression, but an investigation into his alleged vote purging continues. In September 2020, a report for the American Civil Liberties Union of Georgia, compiled by journalist Greg Palast’s investigative team, concluded that 198,351 Georgia voters who were removed from the rolls because they had left their addresses actually had not moved at all. Most of the voters purged were young people and people of color.

On Wednesday, three voting rights groups — the Black Voters Matter Fund, the Transformative Justice Coalition and the Rainbow Push Coalition — filed suit in federal court in Atlanta accusing the Secretary of State’s office of improperly removing those voters, and demanding that they be restored in time for the Jan. 5 Senate runoff election. (In order to help voters learn if they are on the purge list, a website has been set up at SaveMyVote2020.org.)

Rather than allow that bitter loss to Kemp to define her, Abrams became even more dogged in her fight for democracy.

In September 2019, Lauren Groh-Wargo, Abrams’ former campaign manager, released The Abrams Playbook: The Strategy and Path to Victory in 2020. In it, she lays out the strategy that led to record-breaking turnout in 2018. Groh-Wargo writes that leading up to the campaign, the team had been monitoring shifts in demographics and voter registration for several election cycles.

They discovered that while the white share of the electorate was declining, the Black share was growing while Asian-American Pacific Islander (AAPI) and Latinx voters had grown in enough numbers to impact races. “Our core strategic imperative was to expand the electorate through deliberate, unprecedented investment,” Groh-Wargo said.

While traditional Democratic campaigns tend to focus on swing voters, Abrams’ team recognized that those were a small subset of voters in Georgia. “We refused to limit our scope of opportunity to the narrow slice of possibly persuadable, likely voters, and instead resolved to invest in all potential votes,” Groh-Wargo wrote.

Instead, the campaign focused on Democratic-leaning and unlikely voters as well as working to improve Black voter turnout. Simultaneously, they worked to make gains among white voters — finding success among whites who lived in counties with large and diverse populations and winning the highest percentage of white voters among Democrats in a generation.

Abrams and Groh-Wargo believed this strategy was the secret sauce in Georgia; a formula for Democrats to win the presidency, both U.S. Senate seats as well as the 6th and 7th Congressional districts and to flip the state legislature. They also suggested that what worked there could be a model for the country.

However, Democrats would need national and local investments to pull it off. So, Abrams turned her attention to fundraising. Fair Fight has raised $32 million since its founding, with much of that money going to state Democratic parties to protect votes. And the money continues to flow. In the days after the presidential election, Fair Fight raised another $6 million for the January Senate runoff races in Georgia.

It appears that the progressive vision Abrams had for Georgia, and the country, is now being realized.

Abrams continues to defy expectations. She became the first Black woman selected to give the official Democratic response to a State of the Union Address when she rebutted Donald Trump’s claims in 2019.

More recently, she landed among the pool of possible vice-presidential candidates for Biden. Abrams made clear that she wanted the role, citing her ability to attract voters typically ignored by the Democratic Party, but her critics declared her too inexperienced and too ambitious.

Though her audacity provoked ire from conservatives and liberals alike, she was right. Abrams has mobilized a new generation of voters, while also demonstrating that Black women can win elections even when they lose. Abrams has now brought victory to the entire Democratic Party and, more importantly, to the voters.

Since garnering widespread praise for her role in the election, there has been much speculation about what comes next for Abrams. Many Black women are expecting her to receive an appointment in the incoming Biden administration. Abrams has said she would like to run for president someday. But for now, she is channeling all her efforts into winning Georgia’s two Senate seats for Democrats in January. A win could mean Democratic control of the White House and both chambers of Congress.

This is how Abrams wound up at the Verzuz live rap battle on Instagram between Atlanta artists Jeezy and Gucci Mane on Nov. 19. It was a shrewd move; the battle pulled in 1.8 million viewers, an all-time high for Verzuz. After thanking the rappers for allowing her to crash, she gave a serious answer to Gucci Mane’s joking question on whether she could wipe his criminal record clean: “That’s a job that the governor could do.”

Abrams also told both men that she personally appreciated their efforts to encourage ex-offenders to exercise their voting rights. Her younger brother had been in and out of the system, Abrams said, adding, “I know redemption is real, and I know the voices that these men and women can bring to our state matter.”

“We got you, Baby!” Jeezy replied enthusiastically. “Let’s get it, G.A.! You know we’re gonna stand up for you.”

The day after Thanksgiving, Abrams took to social media to report that a stunning 900,000 Georgians had requested absentee ballots for the Senate runoff. She provided a link to the Secretary of State’s website, and made clear what she wanted voters to do.

“Request yours today and help elect Reverend Raphael Warnock and Jon Ossoff to the U.S. Senate,” she posted on Facebook. 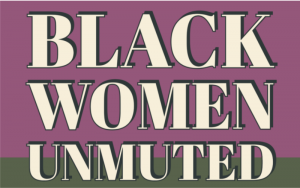 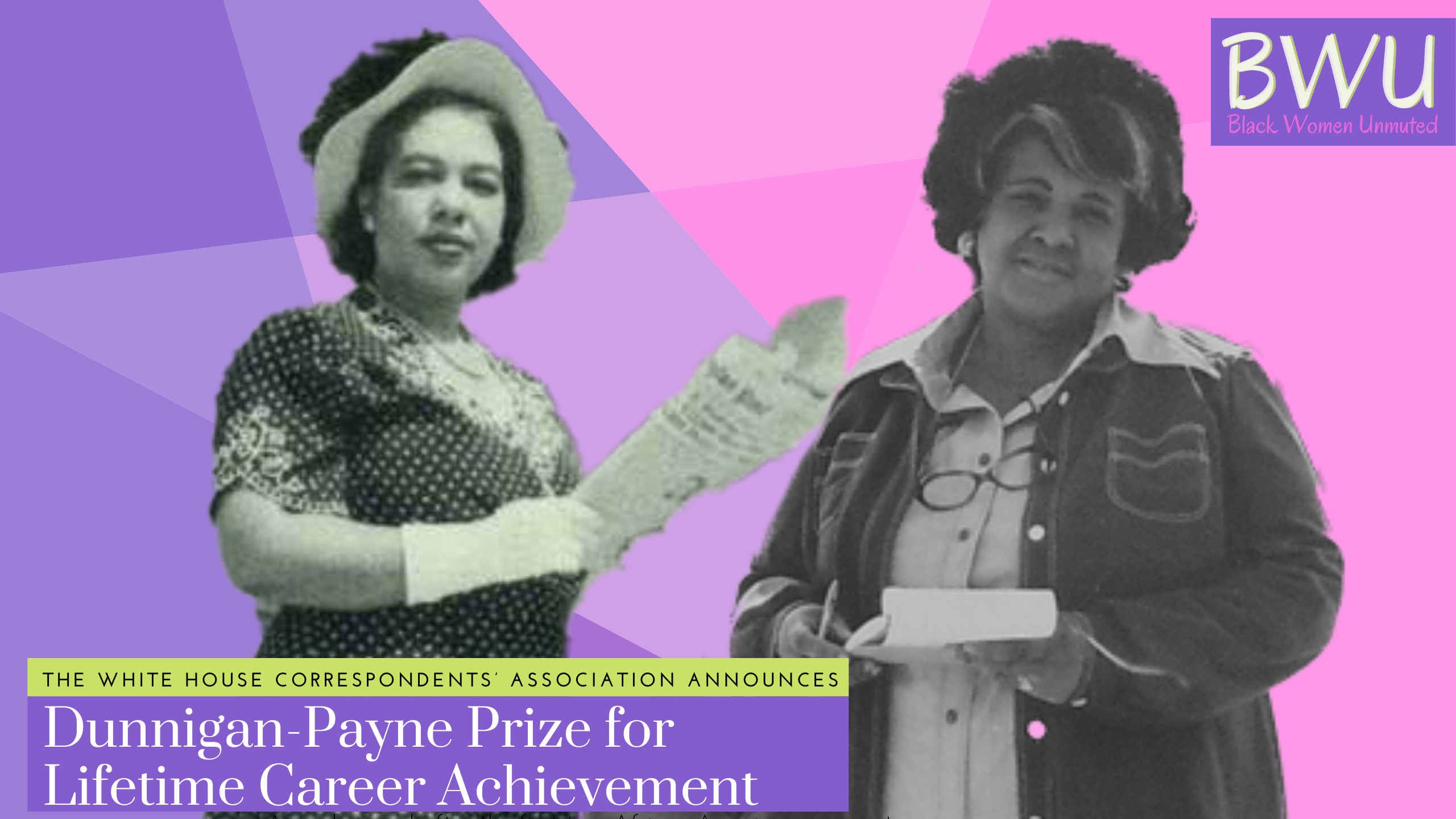